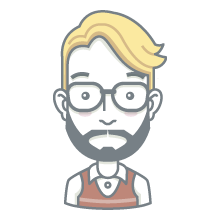 Kids need to see the dentist by the time they are a year old, or once their teeth start to grow in, whichever comes first. But just because a kid should go to the dentist doesn't meant that they actually want to go! After raising eight children of my own, I understand the challenges of child and teen dental care. From dealing with toddlers crying in the waiting room to teens needing braces and not wanting them, every parent has their own dental nightmare stories to tell. The point of this blog is to help new parents navigate through their children's dental needs with less stress and more dignity.

Many people suffer from some form of gum disease, with it being in various stages of severity. While your family dentist can likely tell you if you have signs of gum disease, here are the things you should look for.

If your gums are healthy they should be pink in color with no signs of bleeding. The gums should be fairly tight against the gums and have a minimal amount of pocket depth between the gums and the teeth. You should not feel any pain or irritation with your gums on a daily basis and generally have no reason to be concerned.

Early signs of gingivitis are caused by plaque building up in the pockets of the gums, which causes the gum tissue to be infected. You'll know that you have early signs of gingivitis because the gums will look red and slightly inflamed. There may be more bleeding when you brush or floss your teeth, and you'll have pockets along the gumline that are notably deeper than when you had healthy teeth.

When your condition has advanced to gum disease, the symptoms will be much more visible. Having gum tissues that bleed may happen more regularly, either by just touching the gums or while eating. This is due to the bacteria multiplying underneath your gums and actually causing damage to the bone structure that surrounds your teeth. The pockets along the gum line will also be deeper, which is causing them to collect more plaque during the day.

You'll know things have gotten really bad if you have teeth that have become loose and you are suffering bone loss along your jaw. You may even have exposed roots because the gums have receded so much, or your teeth may need to be pulled because they are to the point where they are beyond saving.

If you have signs of gum disease, your dentist will likely recommend a treatment to help reverse the condition and make your teeth healthy again. It will start by having a deep cleaning performed on your teeth, which is often called scaling and root planing. This involves scraping all of the calcified plaque off your teeth so that the gums can begin to heal again. The dentist will likely prescribe you an antibiotic to help fight off the infection that is happening within your gums.